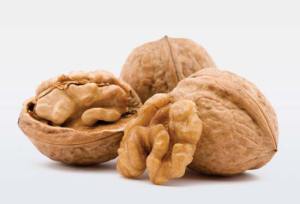 There were three people who nominated me for the award shown below.  I would like to thank each and every one of them personally.  Except, um, I can’t remember who the third person was.  *hangs head in shame*  I remember the post, remember them contacting me, but for the life of me can’t find it anywhere.  And I feel really bad about that.  I do!  So, thank you to Karen DeLabar and Shay Fabbro.  And thank you to the person who now has permission to beat me about the head with an inanimate object.  Because a living object would, you know, object.

So, seven random things about me?  This is hard, really hard.  At least it’s not seven random things that I’ve never told anyone, because then I would be in trouble!  Some of this stuff you already know.  In that case, please continue on until you find something new and fascinating about me that you never dreamed possible…

Wait! You went too far, don’t leave yet!  Okay, here they are.

1.  I see through dead people.

It’s okay, you can read that again if you want.  I maintain its validity.  I don’t see dead people, although that could be quite useful.  I’d love to have a conversation with my grandma who passed away years ago.

But I digress.  I was born with cosmetic defects to my eyelids.  When they did corrective surgery when I five, everything snowballed (My doctor taught at the University of Illinois where I quickly became an example in his “freaks of nature” classes and his students would line up to look at my eyes through that little machine you rest your chin on.  You know the machine I’m talking about right?  Now imagine having to sit there while about fifteen students shuffle up to take their turn).  I was legally blind for over a year, and I finally got most of my vision back by various surgeries and receiving a corneal transplant in one eye.  From, yes you guessed it, a person who had died and donated their organs (Yay to organ donors! And yes, the eye is considered an organ).  So now, I see through dead people.  But only out of one eye.  So you see, I’m somewhat normal.  Right?

2.  I watch seahorses have sex for fun.

One of my favorite hobbies, besides writing and photography of course!, is marine aquaria.  I keep reef tanks and saltwater fish and corals.  I love them.  I love everything about them.  In an effort to do my part in conservation, I have bred a few fish successfully in my home aquariums, including seahorses.

3.  I love playing with sharp objects.

But not just any sharp objects.  When I was in junior high school, I began to have a fascination with all types of swords, daggers, and medieval weaponry.  I have no idea where this came from.  Japanese swords interest me the most, and I can spend hours learning their history and uses.  I have multiple swords, including some TV and movie reproductions (Highlander and Lord Of The Rings).  I pity the poor thing that ever tries to break into my home.

Especially during winter.  It’s very peaceful.  I have one blanket that I thought was going to be an awesome project.  I planned out its design, bought all of the yarn I would need  in advance (because dye lots can change and the colors won’t match down the road).  This thing is “The Beast.”  It will cover my king size bed when it’s done.  It takes me thirty minutes to do one row (that just how wide it is).  It’s still not done.  In the meantime, I can whip up quick projects in no time flat, like making prayer shawls for the residents at an Alzheimer’s ward where my friend works.  Shawls that are quickly piling up, because I need to actually run them over there.

Okay, if you know me at all, you already know this.  But seven random things are hard to come up with!  And coffee is very important.  My eyes do not open and my brain’s electrical impulses do not fire when there is no coffee flooding my system.  Especially in the morning.  If I ever have the misfortune to run out of coffee and somehow I drag myself to Twitter, just back away slowly and don’t make any sudden moves.  It could be dangerous.

6.  I can do so much more than I ever thought I was capable of.

This is big for me.  I’m one of those people who has a hard time believing in myself.  I have self confidence issues like a lot of people I know, only I’m usually worse.  I have a lot of self doubt, and it’s only through pushing myself and surrounding myself with awesome people that I sometimes find my way.  I thank twitter for helping me to connect with some fabulous people who I can truly call my dear friends.  There is such a supportive network out there if you’re looking, that is astounding.

I don’t think it’s ever too late to learn something.  I hope I never stop learning.  Whether it be something about reading, writing, photography, or anything else.  I think we can all learn something new.  I think that when we stop, we are limiting our own possibilities.

So what am I learning new now?  Well, I just signed up for my first violin lessons.  I have never played an instrument before.  But this is something that I have always wanted to do!  So starting next Monday I will sit down with an instructor and try to absorb everything he can teach me.

Now it’s my turn to nominate!  I wonder if they’ll remember this.  Hopefully they will because they’re better people than I am.  Or just have better memories.   I know some of these people have been nominated for this award, but hey! I really do want to learn more about them!

In completely random order:  Oh, I’ve also included their twitter handles here because these are great people that you need to follow.  So go meet them for yourself if you haven’t already!

10 thoughts on “In A Nutshell”